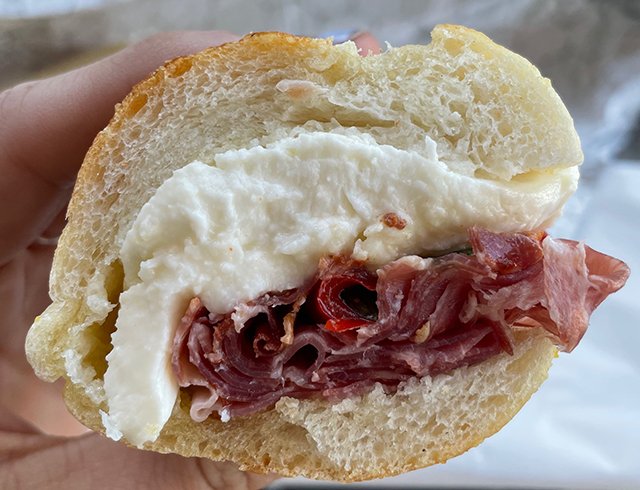 Helping you learn all about the latest and greatest food news in Richmond, VA!

Whether you’re Team Flat, Team Drum or Team Vegan, when it comes to wings, the founders of Cluck N’ Roll believe it’s all about keeping it crispy. The pop-up from a trio of industry employees is tossing sauces from peanut butter and jelly to the staple Beet the Reaper, offering a fresh spin on the classic app/snack/meal. Catch them tonight at Hatch Cafe with a boneless wings event. (Richmond magazine)

And the Winner Is …

It’s that time of year again, and our Best & Worst survey results are in, celebrating all the places, people and dishes that make Richmond the city we hold near and dear. In our Food & Drink categories, find new coffee shops to add to the mix, fun watering holes, gluten-free sweet treats, and spots to visit for a mimosa pitcher and a bangin’ breakfast. (Richmond magazine)

In on the Secret

Calling all history buffs, food lovers, trivia nerds and those who enjoy a little unusual outlook on things: From the extraordinary story of vanilla to the power of comfort food during wartime, local author Matt Siegel dives into the wild, weird and wonderful world of food history in his forthcoming debut book, “The Secret History of Food.” (Richmond magazine)

“Vibrant,” “floral” and “showstopper” are all words Kate Stephenson, personal chef and founder of the namesake meal service Kate Uncorked, uses to describe the prized spice saffron, which makes a little magic in her recipe for Persian chicken and rice. (Richmond magazine)

Out with the old, in with the new — well, sort of. In this month’s Open Tab, we keep the rocks glasses handy and explore a cocktail that embodies both tradition and possibilities: the Old-Fashioned. Stir it up with recipes from Belmont Food Shop, Brenner Pass and Virago Spirits. (Richmond magazine)

A garlic-tinged chapter has closed in Richmond as the city bid farewell to the Oregon Hill Italian refuge Mamma Zu. (Richmond magazine)

Got bao buns? Noah Rock does aboard his namesake food truck, Noah’s Rockin’ Buns, which recently hit the road dishing out the fluffy favorites. (Richmond magazine)

Cool down and sweeten up with five local desserts from a key lime pie cupcake to a cake made entirely from fruit. (Richmond magazine)

Officially in action and complete with an outpost of The Beet Box for smoothie-and-go vibes, The Stables Market at Libbie Mill opened its doors over the weekend.

After almost a dozen years in business, Fresca on Addison is changing hands. The vegetarian eatery from daughter-and-dad duo Jimmy Sneed and Jenna Sneed Chew opened in 2010 and was a key player in paving the way for more plant-friendly options on the city’s dining scene. The business will remain family-owned, taken over by husband-and-wife team Rasool and Angela Al Hasini of Carytown Gyro. An Instagram post promises that Fresca favorites will remain, but says to look for more Mediterranean additions.

Philly Vegan in Manchester is reopening this weekend with a pay-what-you-can system from Thursday to Sunday, inviting those who may need it to come in and enjoy a meal on the house. The owners are encouraging guests to spread the word.

Past Richmond magazine contributing writer Laura Sant is not only well-versed in food, she’s well-versed in art. Check out this pretty rad map from Sant featuring RVA watering holes and the beverages they’ve become known for.

Pop-up turned soon-to-open brick-and-mortar JewFro is offering a sneak preview of the new restaurant with its Rosh Hashanah Dinner packages available for two, four or 10 people. P.S.: There’s one week left to order.

The pop-up Susie & Esther, known for its laffa, hummus, and other Jewish and Mediterranean-inspired specialties, is taking things up a notch by adding private dinners and events to its repertoire.

Since launching in February, RVA Community Fridges, which aims to address food insecurity, has been keeping busy. The organization from founder Taylor Scott will unveil its seventh community fridge on Saturday, Aug. 28, at 10 a.m. with a grand stocking event at 4700 Oakleys Lane.

The Housepitality Family restaurant group, owners of neighboring eatery The Boathouse, plan to take over the shuttered Conch Republic space at Rocketts Landing with a new venture. Stay tuned for details. (Richmond BizSense)

In Other Food News …