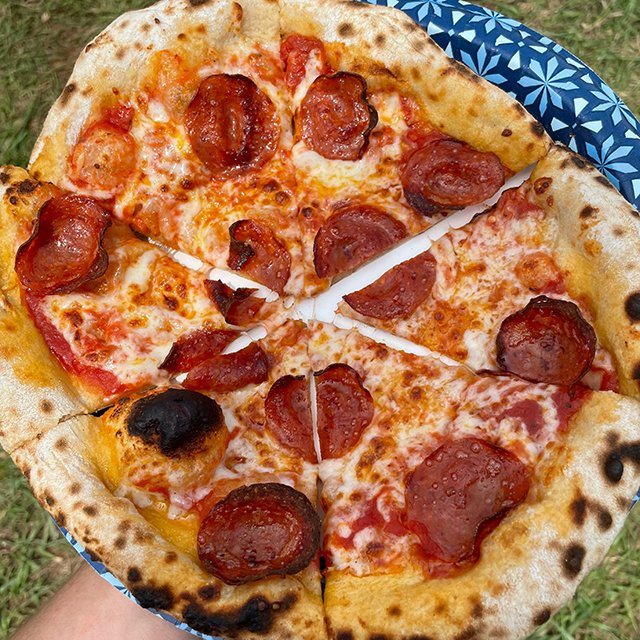 Boasting a culinary diary packed with stories rooted in the Southern coastal states, Robyn Carter of Carolina Girl Catering offers a one-way ticket to the low country via shrimp and grits, gumbo, and more comfort-food classics. A North Carolina native, Carter relocated to Richmond from Austin, Texas, and is connecting with her new community through pop-up events and, eventually, a brick-and-mortar restaurant. (Richmond magazine)

For the Love of Diners

Reliable sources for wallet-friendly dishes, breakfast all day and retro mugs brimming with coffee from bottomless pots — a few of my favorite things — diners are a special place. Writer Genevelyn Steele also has heart-eyes for these old-school haunts, recently tracking down some local go-tos for chocolate-chip pancakes, burgers, fried fish and more. (Richmond magazine)

These Richmond neighborhoods are throwing a double dose of pride celebrations this Saturday, Sept. 18.

Returning for year three, the Scott’s Addition Pride Crawl kicks off at noon and features over a dozen of the neighborhood’s boozy businesses from The Veil Brewing Co. to Blue Bee Cider. Snag a passport to keep track of your libation journey, which grants access to a special drawing.

In Carytown, make pride pit stops at the legendary watering hole and karaoke dance palace Babe’s for dollar-off drinks, or head to Pho Luca’s for discounted apps to soak up all the hooch. Bonus: Also joining the Carytown Pride Crawl is Safe Space Market.

Beloved food nerd Alton Brown makes a return to Richmond on Oct. 28 during his fall tour, “Beyond the Eats.” Catch the Bill Nye of the culinary world and longtime host of shows including “Iron Chef America” and “Good Eats” at the Carpenter Theatre for a show that promises a smorgasbord of cooking, comedy and audience interaction. Tickets go on sale Friday, Sept. 17, at 10 a.m.

It seems good things come in threes at Bell Greek restaurant. With one location in Midlothian, and a second opened in Chester in 2018, the family-owned eatery is now eyeing the West End. Look for the third location to debut at 7011 Three Chopt Road in the coming months. (Richmond BizSense)

The market game is strong in Richmond, and another is planning to join the party. Look for DevoeDid Events to unveil a grab-and-go concept, the Southern-tinged market Hickory & Oak, in the months to come at 10614 Patterson Ave. Also on the market horizon: A project from Upper Shirley Vineyards’ Carlisle Bannister and a smoky venture from Redemption BBQ.

After a three-year run, Don’t Look Back South is shutting its doors. The last day to score a potato taco or crispy carnitas at that location is tentatively set for Oct. 30.