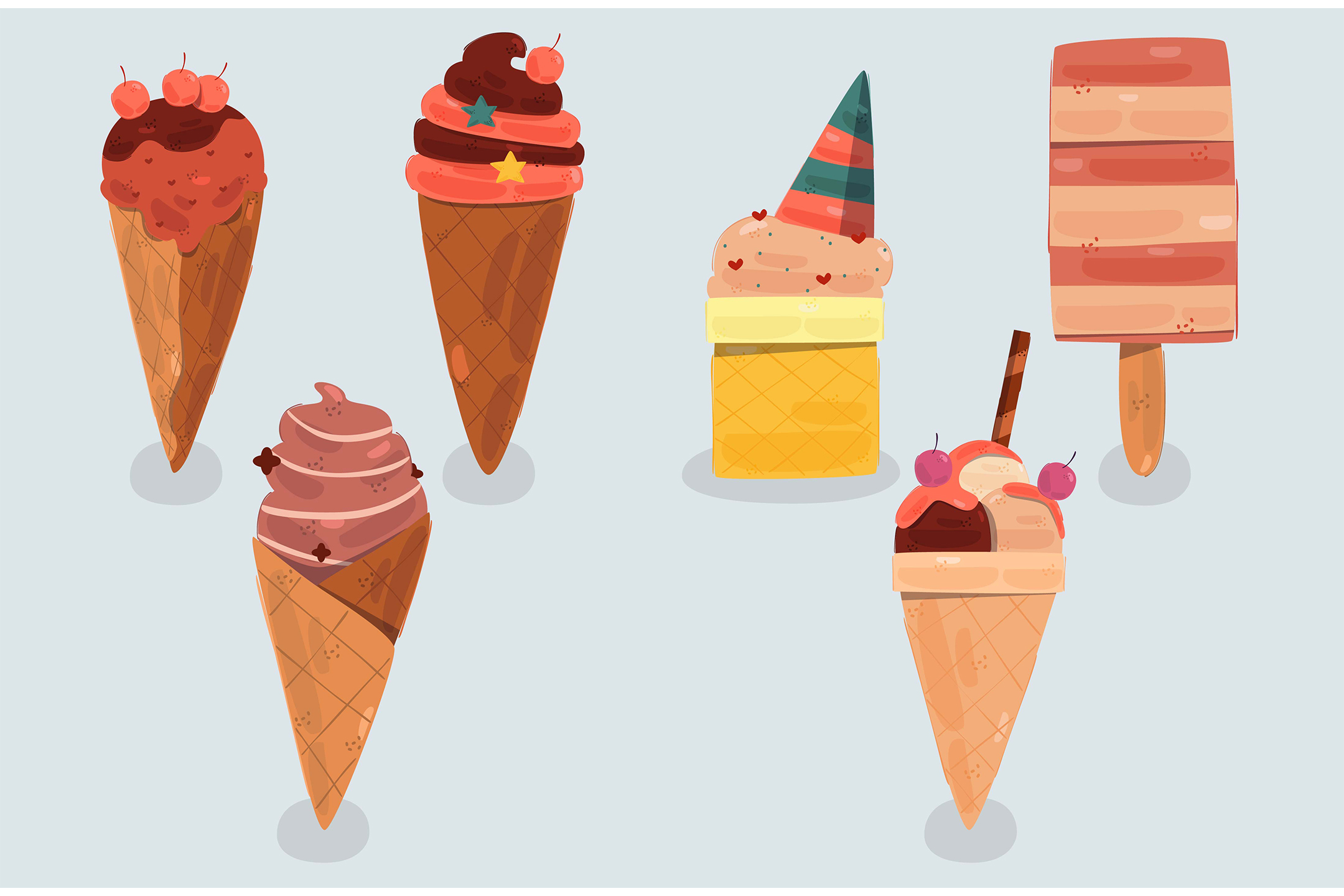 It’s hot….it’s sticky….it’s summer! And what’s the best way to chill and get all cold and frosty? ICE CREAM! Here are some of the best spots RVA has to offer!

Is a description even necessary after you’ve likely just drooled all over your phone screen or keyboard from looking at that feature image? Seriously though, this new-ish specialty milkshake and espresso shop in Richmond’s West End just opened in April 2019 and is already wow-ing customers (and Instagram followers) with their extravagant milkshakes. Named after the owner’s daughters, Coco + Hazel serves single origin roasted coffee from Oaxaca and ice cream from the ever popular Homestead Creamery. Treat yourself to an indulgent milkshake, topped with your choice of delicacies, ranging from a whole slice of cake or pie to a “stack of brownies,” a cookie sandwich, cotton candy, and more! Or you can opt to go all out with The Family Challenge, a banana split big enough for four, with two scoops of vanilla, chocolate and strawberry ice cream, pineapple compote, strawberry compote, four chocolate dipped waffle cones, hot fudge, rainbow sprinkles, peanuts, whipped cream, cherries, and last but not least, bananas. Sooo…you’ll meet us there in a few hours, right? (Photo credit: Mick Anders Photography/Coco + Hazel)

Heavenly handmade ice cream. That’s what you’ll find at Gelati Celesti, a locally-owned (and local favorite!) ice cream company that’s been operating in Richmond since 1984! Each batch of Gelati Celesti ice cream is made by hand with only the finest ingredients from around the world. Flavors are churned in small batches using special Italian equipment, which minimizes the air whipped into the ice cream, making it uniquely flavorful, thick and creamy.

DeLuca Gelato is a family-owned and operated gelateria, specializing in gelato, sorbetto, and specialty Italian desserts such as fresh-baked tortes, cannoli, Florentine cookies, mascarpone pudding, and European sipping chocolate. The idea for DeLuca Gelato was born during a trip to Rome in April 2004 when the owners realized how much they love gelato and thought that Richmond needed a gelateria. The idea became reality in 2007 and DeLuca Gelato has been making delicious gelato ever since! Stop in for a tasty treat and you can watch the gelato being made fresh each day through the window of the production room.

Coffee, burgers & baking is their passion, but everyone’s raving about their milkshakes. Home of the locally famous “crazy shakes,” Mabel’s Espresso Bakery Cafe is the perfect place to delight your eyes and tantalize your tastebuds at the same time. These amazing milkshakes are edible works of art that will provide a seriously delicious sugar rush. With options ranging from S’more Craziness to Cloud Nine to Cookie Licious and beyond, don’t be surprised if you find a candy bar, donut, or an entire chocolate chip cookie ice cream sandwich atop your shake. (If you just accidentally licked your screen, we won’t tell).

This small-batch ice cream shop opened in June 2018 in the Fan District and quickly became a hit with locals and visitors alike. With flavors including roasted strawberry, croissants & jam, and sweet corn & blackberry, you’re likely to find a new flavor you’ve never tried before, and it just might become your new favorite! We highly recommend trying one of their profiterole sundaes – a french pastry puff (baked fresh from sister store Whisk bakery) filled with your choice of ice cream, topping, sauce, and fresh whipped cream. Yes please!

The rolled ice cream craze arrived in RVA when NarWhals opened a sidewalk stand in Carytown several years ago. The popularity spread and you can now enjoy these rolled tubes of ice cream deliciousness at storefront locations in Carytown and Stony Point Fashion Park. Pick your base and mix-ins and watch the magic happen before your eyes as liquid ice cream is poured onto a freezing cold slab, tasty toppings are mixed in, then the yummy mixture is spread out and rolled up just for you!

King of Pops serves up yummy all-natural ice pops, handcrafted at the Pop Factory in Scott’s Addition since 2012. The ice pops are made with as many local ingredients as possible, such as milk from Homestead Creamery and berries from Agriberry. Enjoy the tasty pops at the King of Pops patio or look for their carts with rainbow umbrellas at various locations and events throughout the city.

Since opening in December 2016, Charm School has quickly become a favorite spot for sweet treats in the Arts District. This cute gourmet ice cream shop on Broad Street was formerly home to an art gallery. After you savor every bite of your scoop of choice (we recommend ordering it with the signature house-made marshmallow-fluff topping, hand-torched to order), head outside and take a picture in front of the very Instagrammable “Greetings from Richmond” mural by local artist Mickael Broth and Ross Trimmer of Sure Hand Signs. Delectable ice cream and a photo op for the win! Oh, we almost forgot a very important detail: they also offer delicious vegan options! (Photo credit: Charm School)

A Richmond tradition since 1946, The Dairy Bar was a local institution long before Scott’s Addition became the bustling craft beverage district that it is today. They offer a full (and delicious) breakfast and lunch menu seven days a week, but since we’re focusing on the sweet treats here, you need to know about their milkshakes, old time ice cream sodas, sundaes, and banana splits. Also, they’re still going strong after 72 years of business, so that pretty much speaks for itself.

Located in the heart of Jackson Ward, this gelato shop was certainly a welcome addition to the neighborhood when it opened in July 2016. Don’t let the name fool you though – Stoplight Gelato Cafe serves up all sorts of tasty treats! In addition to a variety of unique gelato and sorbetto flavors, soft-serve ice cream, sundaes, floats, sodas, milkshakes, and smoothies, they also serve up sandwiches, soups, handmade pizzas, a selection of homemade pastries, breakfast bites, and robust coffee options.

La Michoacana has been serving up a delicious variety of ice cream, smoothies, and paletas (Mexican dessert popsicles) since 2010. All of their frozen treats are made ​​with natural fruit, which provides a rich flavor in every bite.

A Carytown staple, Bev has been making ice cream in Richmond since 1998. Beverly Mazursky graduated from the Culinary Institute of America in 1988 at age 49 and opened up the first Bev’s Homemade Ice Cream in Lenox, Massachusetts in 1989. Bev set her sights on Richmond in 1997 while visiting her son here. She moved to Richmond and opened her Carytown shop the next year, and the rest is history.